Everything about Websummit is BIG. Four football pitch sized pavilions a stadium and a cloakroom in an aircraft hangar. All housed the inevitable huge queues for food, drink, talks and toilets. Websummit had all the ingredients of an introverts nightmare.

But despite some inevitable queueing the organisers pulled off an incredibly smooth user journey. An app was launched pre-event so I could easily save schedules and plan itineraries. The chat feature, though glitchy was useful to make upfront connections. There was also clear, reassuring signage from the moment I left the plane, throughout the city and metro guiding me towards the venue.

Although the event was big, the cost was minuscule, myself and tens of thousands of other women received a free ticket via Women in Tech. Cost has always been a big blocker to me attending conferences before, it feels hard to justify, particularly working in the third or public sector. And in terms of self development I’ve always suspected there was greater value from attending smaller more focused & free meet-ups or un-conferences. As a model it’s interesting. Go big by offering thousands of affordable tickets, (presumably sustained by a higher advertising revenues) with the result of making the event more accessible.

My first day and night was about meeting new people and walking, lots of walking (22.5K steps). I signed up for the Women in Tech walking tour, it was a really good way to orientate myself and meet new people, including a spontaneous meet up of 30 UX designers. It was reassuring to hear that the challenges we face are shared and exciting to hear about ideas and potential solutions.

I’m not keen on the word ’networking’, it’s so cold and impersonal, but one of the most important things I’ve learnt is that life is substantially richer from meeting new people. The benefits each person gets may be different, but its a benefit that goes both ways. A fleeting 10min chat can still hold much value. Simply hearing a story or point of view can help you see something from a different angle, a new perspective.

To be frank a younger me would have found this experience crippling, but I’ve found this feeling has diminished with age and it’s a relief. I’m now more content hanging around on my own or saying hello to someone new. I find asking a random question is easier than anything more formal like *cringe* offering a handshake or asking a name. Names are irrelevant and can come later but what is relevant is the experience in front of you, the situation you are sharing at that moment in time.

I felt some of the talks lacked depth, only one day had any real design focus, and these talks were primarily on a side stage. It was a shame there wasn’t a more blended approach across days and stages. But of course inspiration can come from anywhere, and it’s important to go to talks that are not directly related to your job/skills. Phil Gilbert from IBM did an interesting talk on their approach to scaling design thinking as a means of problem solving. They have 1,300 designers and a design school for graduates which made me jealous. The other highlight was Susan Credle on ‘What got you here, won’t get you there’ Essentially life lessons on how to adapt to and progress as a leader.

“Stop pretending you can or should do everything, you are stealing power from those below you. The power that they need to function and deliver.”

These are the best types of talks for me, where people share things they have learnt from the hard grind of life. It’s pretty brave as all that honesty is exposing, but that’s how we learn the most. Pertinent topics were “Stop pretending you can or should do everything, you are stealing power from those below you. The power that they need to function and deliver.” And “If you as a leader can’t leave your company for a week vacation, you are a terrible leader”. Also her slides were well designed which made it all the more digestible.

During my time I did fit in a run to the Maat (Museum of Art, Architecture and Technology) and although I didn’t have enough time there, I zipped round, trying to absorb as much as I could. The architecture of the building is impressive in itself. The Shadow Soundings video installation by Bill Fontana was the real show stopper. It was created from the sounds and vibrations of the 25th of April Bridge and the Tagus River that connects Lisbon. Encouraging you to see something from angles you would otherwise not be considered.

Day four I had arranged to do an interview on Women in Tech, but otherwise I had no agenda and it was nice to float between stalls and talks. I met people from Atlassian and got excited about the potential of Stride, a new communication tool which replaces HipChat. The UI and feature set is very similar to Slack, but it has the additional bonus of seamless workflow integration with Jira and Confluence. The Actions and Decisions feature also seemed very cool, it allows anybody in a conversation to pin action items for users and a note about a group decision to the room. I think it has the potential to be a strong rival to Slack.

My personal highlight was of course playing in a lunchtime chess tournament against Garry Kasparov. I managed to defend long enough to finish 3rd out of 10 contenders. My aim was to not be last so I was pretty chuffed with that. I did an interview for Portuguese Radio afterwards and managed to slip in some chat about the work we are doing at PDS. Maybe the Assembly of the Republic will send a delegation to find out more.

I completed the final day listening to some worrying talks on centre stage followed by a lovely dinner with Carrie (Head of Content at PDS). It was nice to get a chance to discuss work and non-work things over a bottle of wine, quality time you never seem to achieve in the UK. I think this is the real power of work time away from the office. When you are doing things out of your normal routine you are thinking differently, as a leader it’s so important not to get trapped in thought-ruts. It’s essential we escape the Victorian-era structure of working, and free ourselves to work and think differently and be imaginative. Otherwise how can we ever hope to create anything that is different. 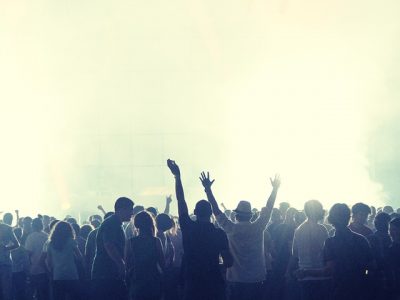 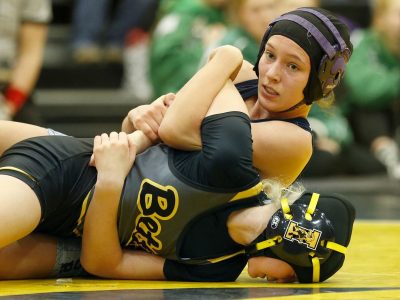 Next Post (n) Powerbombs, Neckbreakers and Chokeslams. Wrestling with your inner critic.